10 crucial tips to prepare you for a half marathon

With the Sydney Morning Herald Half Marathon just a few days away, Olympic long distance runner and Saucony Australia spokesperson, Benita Willis, has stopped by to share her 10 top tips to prepare for a long distance race like the SMH Half Marathon.

1. Break in your gear – Make sure you do some training in the shoes you will wear in the race before the big day – there is nothing worse than blisters getting in your way and giving you pain on the day. Having the right shoes is so important because it could be the make or break of you reaching your race goals. My first choice for running shoes is always Saucony because their technology puts your foot in a more balanced and comfortable position, allowing for a more powerful and natural running stride, for all runners. This can make a huge difference for a distance such as 21.1km, which is the distance of the SMH half marathon.

2. Welcome guidance – Join a group or get a program online from a qualified running coach to guide you and give you insider tips and tricks to reach your personal goals on race day. The SMH Half Marathon has quite a few ups and downs throughout the track so ask your guide about how to combat these best and they’ll be able to tailor an approach to your body.

3. Don’t do all your runs too hard – It is important to do some easy recovery runs to absorb harder sessions as pushing your body too hard may cause injury and in turn may result in you missing the race.

4. Mix up the surfaces you run on – this is important in order to minimise injury as your feet get used to the feel of different textures i.e. do some training on grass or trails as well as roads and footpaths.

5. Make sure you enjoy the process! – The race is not all about winning so make sure you have some fun too and make long lasting memories. The SMH Half Marathon’s track winds throughout the Botanic Gardens, Circular Quay and Pyrmont so you’re guaranteed fantastic views during your run, make sure to take them in!

6. If you like to run in the morning, DO IT – Waiting to train when you come home from work exhausted and hungry is probably not the best way to get the most out of your training, or you might not even get it done at all. If you can, set your alarm that bit earlier in the morning and get it done!

7. Set your goals – Giving yourself a goal to work towards makes the process that much more rewarding for your training and the race itself. Knowing you’ve made progress feels fantastic!

8. Pace yourself – Having an idea of your starting pace is important to make sure you don’t burn out too fast. Don’t start too hard and try keep an average speed throughout the race to ensure you reach the finish line.

9. Practice pre-race nutrition – Before a training run it’s key to eat and drink similar foods that you’ll be consuming on race day. This will make sure your body is used to the intake and no unexpected stitches arise.

10. Know your surroundings – Be aware of where all amenities are before the race such as toilets and parking, so you aren’t late to the start. Also, put out your running kit the night before so you don’t forget anything!

One of Benita’s many career highlights has been winning gold at the 2004 World Cross Country Championships in Brussels, Belgium. She has since broken every national record from 2km to marathon and holds 11 national records on indoor, track and road surfaces.

Since retiring from competition after the London Olympics, Benita has started a fitness business in Brisbane, as well as pursuing a managerial running role at Queensland Athletics. She also acts as the Cross Country and Athletics Head Coach at Brisbane Girls Grammar School, Fitness Director of Umpires at AFL Queensland and is studying a post grad in psychology.

Benita is also an ambassador for Saucony Australia. The world’s first running shoe, Saucony, is a proud sponsor of the iconic SMH Half Marathon event that takes runners through the picturesque Botanic Gardens and past million-dollar views of the Sydney Harbour Bridge.

I wanna be a yogi… 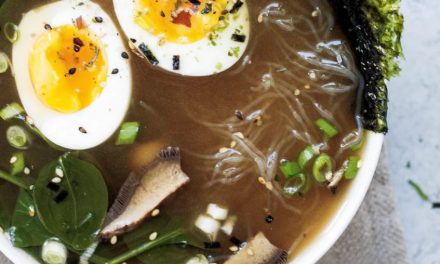 The Rewards of the Cooler Months 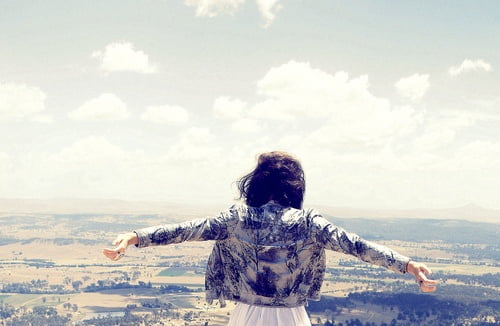